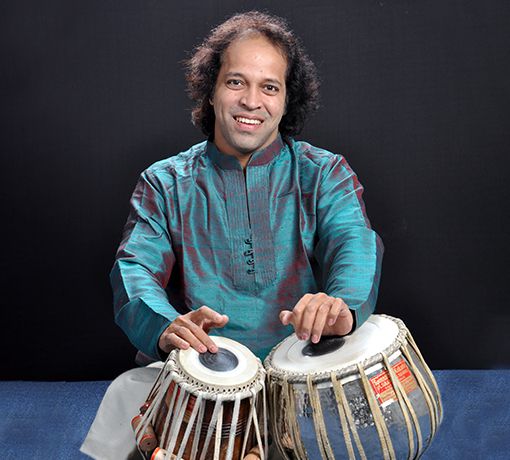 Harshad Kanetkar, a young talented Tabla player from India, began his initial training in vocal from his grandfather Shrikrishna Kanetkar and mother Smt.Roopali Kanetkar at the early age of three. Later on he started learning Tabla at the age of five with Shri Mukhade. For the past many years he has had intensive training under Pandit Ramdas Palsule and Taalyogi Pandit Suresh Talwalkar.

Harshad is one of the few Tabla players of his generation who has equally adept and versatile in the art of accompanying vocals, instrumental and dance. Crispness and clarity of his technique and a total command of rhythm are the classic hallmarks of his style. He has performed solo as well as accompanied many renowned artist in prestigious music festivals like Sawai Gandharva Mahotsav-Pune, Harvallabh Sangeet Samaroh-Jalandhar, Gunidas Sangeet Samaroh-Mumbai, Shankarlal Music Festival- Delhi, Doverlane Music Festival-Kolkatta, Tyagaraja Festival-Chennai to name a few. He has accompanied many leading artists like Pt.Jasraj, Pt.Birju Maharaj, Pt.Ulhas Kashalkar, Ustad Shahid Parvez, Ustad Rashid Khan, Late Smt.Veena Sahastrabuddhe, Pandit Venkateshkumar, Smt. Shama Bhate (Kathak), Smt.Aarti Ankalikar-Tikekar, Sanjeev Abhyankar, Smt. Ashwini Bhide-Deshpande, smt.Devaki Pandit, Smt. Kala Ramnath, Shounak Abhisheki etc. in prestigious music conferences all over India as well as abroad. He has also traveled and performed extensively in U.S., Canada, Europe, Middle East, China and East Asian Countries. His recordings include solo works and fusion of musical traditions of the East and West. He has also done the music arrangements for the albums which are available in the market. Harshad has received many accolades and honors including the National Scholarship from the Government of India. He also was a visiting faculty at the Pandit Jasraj Music Academy in the U.S.A.

The joy of continuous celebration 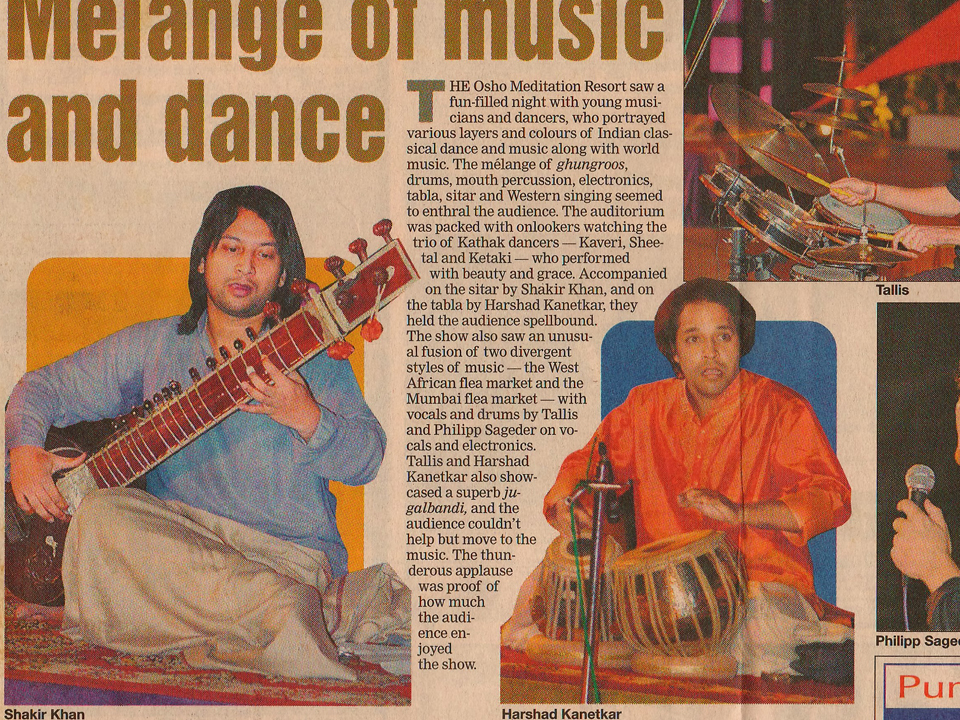 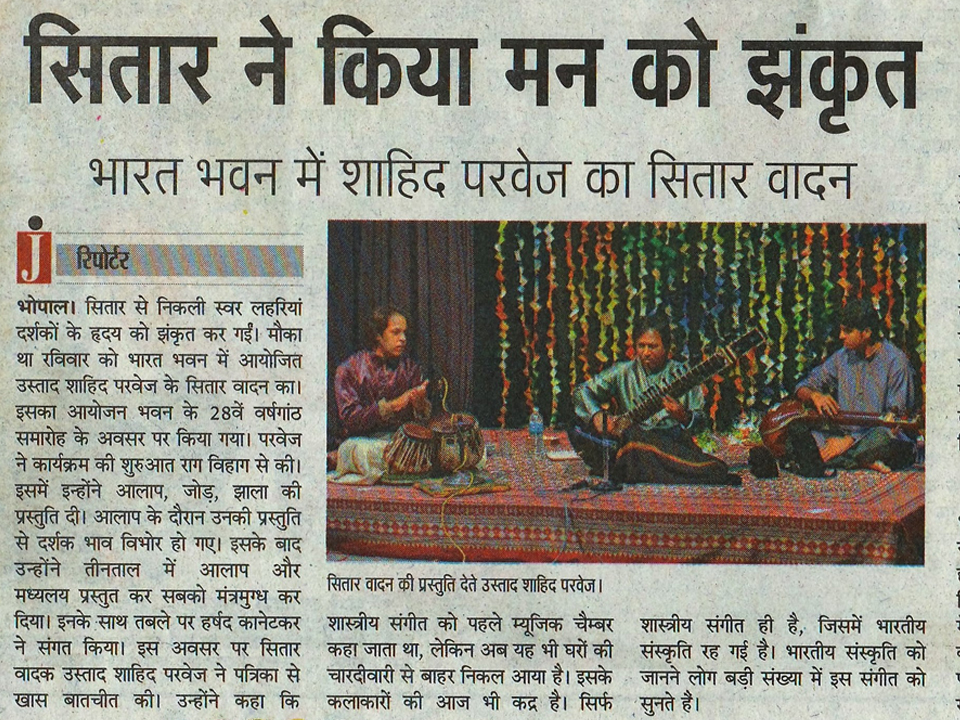 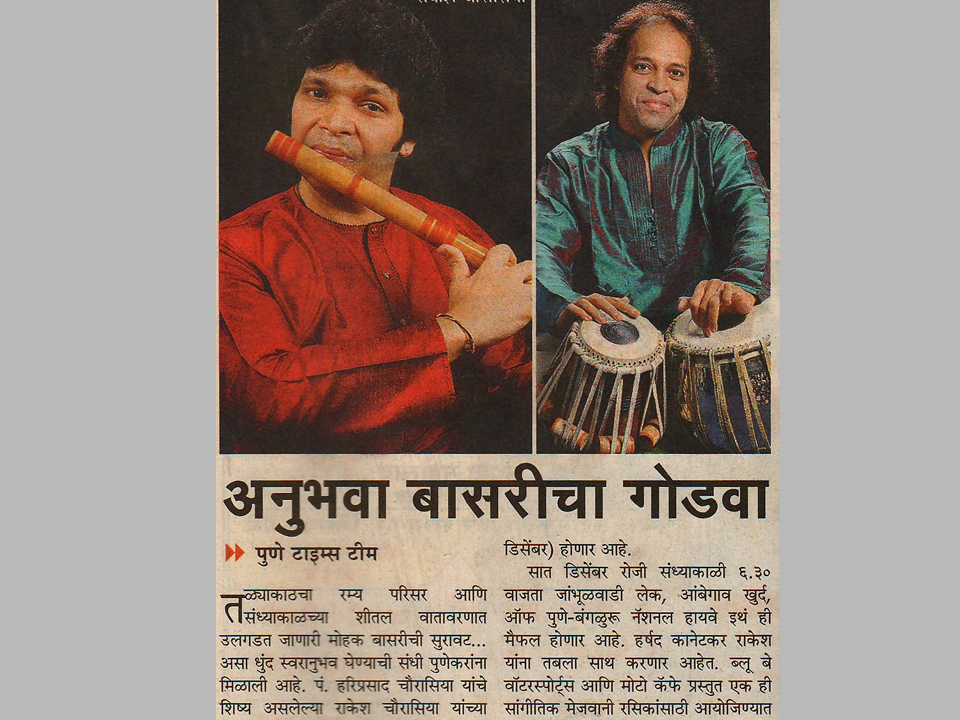 View More
Update Required To play the media you will need to either update your browser to a recent version or update your Flash plugin.

Music makes the world go round 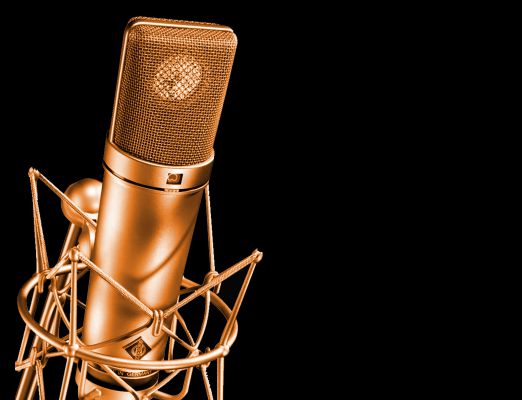 Turn a photo into a work of art 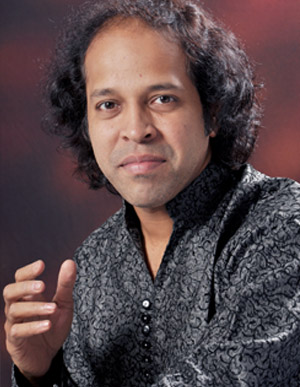 
Students can have this learning experience from anywhere in the world. This saves travel time and especially when there is no professional teacher/musician in the town available.
School:
Tabla school in USA will be opening shortly. The venue and city will be announcing soon.

For booking or any other information, feel free to get in touch!

Thanks for sending your message! We'll get back to you shortly.

There was a problem sending your message. Please try again.

Please complete all the fields in the form before sending.